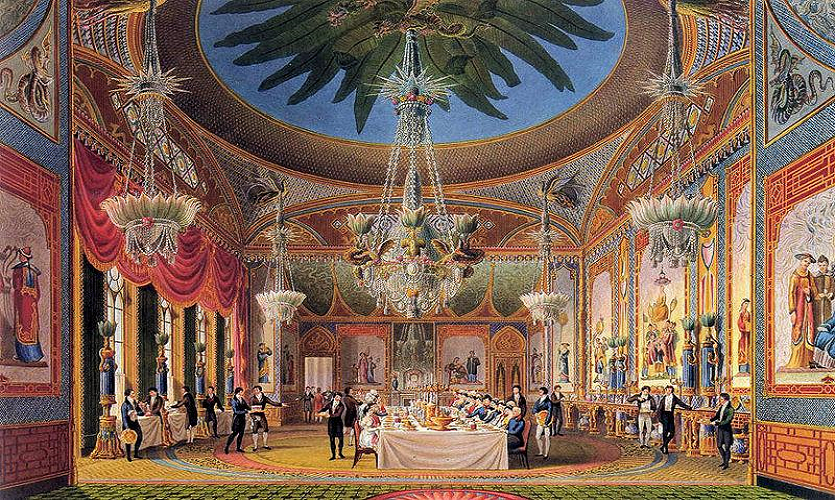 The Young Georgians are pleased to announce details of their upcoming lecture series to start 2019. Open to all (members and non-members), Exploring the Georgian Arts will explore the wider context of culture and the Arts during the Georgian period in a series of five lectures which will cover architecture, furniture, music and jewellery.

The lectures promise to provide a fascinating insight into the Arts in Georgian Britain. Full details and tickets can be found by clicking on the links below.

15th January - Andrew Byrne, architectural historian and founder of LONDON 1840, a project which is building a scale model of London as it was in that year, starts off the series with ‘THE ARCHITECTURAL UNDERDOG: The smaller buildings and lesser known architects of Georgian London’

28th January – Professor Jeanice Brooks, whose research on domestic music performance and material culture includes projects in collaboration with the National Trust and other heritage bodies, will speak on the fascinating area of ‘Room for Music: Sounding the Domestic in Georgian Britain’.

4th February – Thomas Holman, a director at Wartski, will look at ‘Multum in Parvo: An Introduction to 18th-Century Engraved Gems’. Pieces have been promised to allow you to see examples first hand.

A brief pause follows to allow you to draw breath before the final lecture:

18th March - Dan Cruickshank will conclude the series on the Georgian period through a series of case studies that bring together the changes occurring in the Arts during the Georgian period. From James Thornhill's magnificent murals in the Painted Hall Greenwich, triumphing the arrivals of William and Mary and George I, to the exotic architecture - ‘Hindoo', Saracenic and Chinese - that grew in popularity towards the end of the period, this talk will examine the fascinating variety and development of art and architectural styles in Georgian Britain.