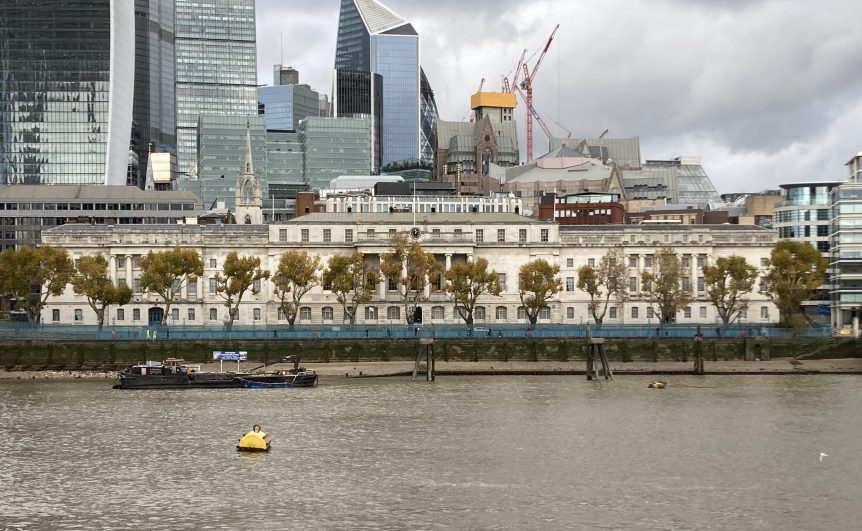 In a landmark case, the Planning Inspectorate and Secretary of State have dismissed the two appeals made by Cannon Capital Developments Ltd and Global Grange Hotels Ltd against the City of London Corporation’s decision to refuse consent for damaging plans to convert London’s Grade I-listed Custom House into a luxury, 200 bedroom hotel. The Inspector’s Decision, published 30 June, can be read in full here.

The decision represents a major victory for built heritage and could have far reaching implications for other schemes involving historic buildings.  The Georgian Group, supported by SAVE Britain’s Heritage and other interested parties took a leading role in the Inquiry, giving evidence as one of the Rule 6 parties opposing the scheme. It is the first Appeal Inquiry that the Georgian Group has fought for a number of years and demonstrates the active role the charity is taking on key planning battles.

The Georgian Group gave evidence in support of the City of London Corporation’s initial decision to refuse the application, arguing that the proposals would damage the significance – the special architectural and historic interest – of this superb neoclassical public building and its setting, which includes Old Billingsgate Market, the Monument to the Great Fire, and Tower Bridge and, of course, the River Thames.  Concern was expressed too that the proposals would fail to guarantee sufficient public access both to the building and its historic quayside and riverside terrace. The Georgian Group was able to draw the Inspector’s attention to the more than substantial harm that would have been caused to the western end of the Custom House by the insertion of new services and ensuite bathrooms for the proposed hotel.  This wing retains in almost its entirety the plan form and detail designed by David Laing.

The Georgian Group also put forward an alternative office-led, mixed-use scheme, arguing that it demonstrated that there were viable alternatives that had not properly been explored by the Appellant.

The Custom House is a Grade I building on the Pool of London, and the successive custom houses of what is now Her Majesty’s Customs and Excise have stood on or close to the present site since medieval times.  The Elizabethan Custom House, destroyed in the Great Fire of London in 1666, was rebuilt by Sir Christopher Wren.  Both it and its replacement, designed by Thomas Ripley in 1718-25, were also destroyed by fire.  The present building designed in 1817 by David Laing, a pupil of Sir John Soane, incorporated fireproof jack arches in its two levels of warehouses to ward against further fires.  Disaster came in another form.  Thanks to a fraudulent contractor, the front of the central block collapsed. It was rebuilt by Sir Robert Smirke, architect of the Bank of England, incorporating a new Long Room on the first floor – one of London’s great but little known interiors.  In its heyday this would have been filled with sea captains, merchants and customs officials, conducting their business.

The Georgian Group is grateful to those who represented it at the Public Inquiry: the barrister Matthew Henderson of Landmark Chambers, Neil Burton of The Architectural History Practice, Roger Hepher of HGH Consulting, and Anthony Shapland of Colliers.

The Georgian Group is also immensely grateful to those members of the public who supported our campaign and who made charitable donations to fund our advocacy.  We will continue to campaign for a worthy future for the Custom House and would be happy to work with the present or any future owner to achieve this.