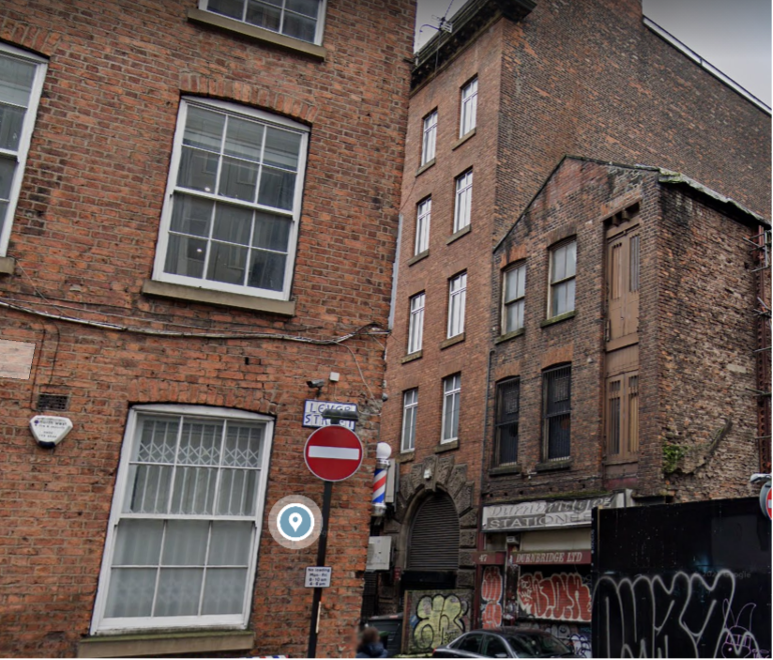 The Georgian Group and The Victorian Society have joined forces to campaign against the partial demolition of grade II-listed buildings at 47 Piccadilly – an extremely rare survival illustrating Manchester’s development. 47 Piccadilly was built as a house in 1776 but in the nineteenth century was converted to commercial use by the Midlands Railway Company, which added a warehouse to the existing townhouse during its occupancy from 1878 to the late 1910s. In the later twentieth century the buildings were used as shops and beauty salons, but for decades have been left to decay.

Trafalgar Leisure Limited submitted a planning application for a 12-storey hotel development in September 2020 but a decision has yet to be made. Around two-thirds of what survives at 47 Piccadilly would be demolished under the plans, including almost all the Victorian warehouse, the surviving parts of an eighteenth-century outshut and some of the internal walls of the original townhouse, including the stair hall and parts of its staircase, leaving only the front façade.

The two heritage bodies urge Manchester City Council to reject the application given the buildings’ architectural and historical importance. These sole surviving buildings reveal the original scale of the street and, with their eighteenth- and early nineteenth-century decorative details, provide a glimpse of what was once one of Manchester’s best and most fashionable residential streets. The additional rear warehouse is a rare surviving example of the kind of adaptive reuse which the buildings of Piccadilly were subject to during its transition from a street of residential to commercial character.

The Georgian Group and The Victorian Society stress that the Stevenson Square Conservation Area where the buildings stand would also be harmed by the poor architectural design of the proposed hotel which fails to respond to the surrounding historic context. The proposed design is undistinguished and its clumsy and muddled proportions would dwarf what remained of 47 Piccadilly, causing further harm to the conservation area. You can view the building plans here.

The Georgian Group and The Victorian Society urge the developer to suggest a more sympathetic scheme which respects the buildings’ historical and architectural importance, as set out in their listing description.