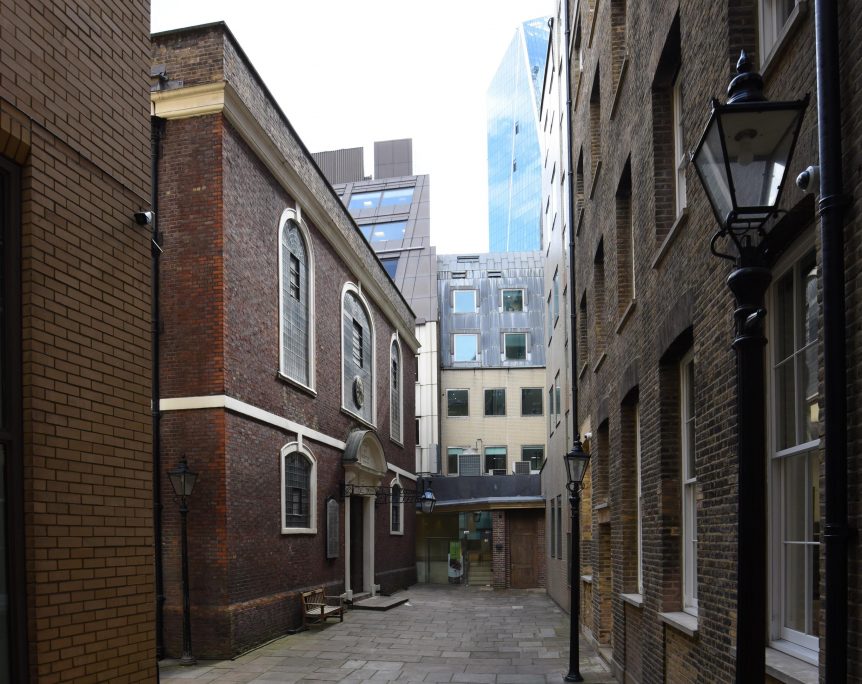 The Georgian Group has written to the Lord Mayor requesting that specific protections be put in place for the Bevis Marks Synagogue located within the City of London. Two planning applications have been submitted, one for a tower at 31 Bury Street with a height of just under 198 metres and another located at 33 Creechurch Lane, rising to just over 93 metres. The individual and cumulative impact of these developments on the significance of the synagogue would be very considerable.

Listed at grade I, Bevis Marks is the oldest surviving synagogue in England and the only synagogue in Europe in which services have been continuously held for more than 300 years. Erected by the Quaker builder Joseph Avis for a Spanish and Portuguese Sephardic community, the synagogue was completed in 1701 and is a rare and extremely well-preserved survival. The building has rightly drawn comparisons with the city churches of Christopher Wren and the early nonconformist meeting houses: externally, in its proportions, use of red brick, stone dressings, and large, arch-headed windows; and internally, because the Ehal, or Torah shrine – tripartite, pedimented and graced with Corinthian pilasters – resembles a contemporary church reredos. 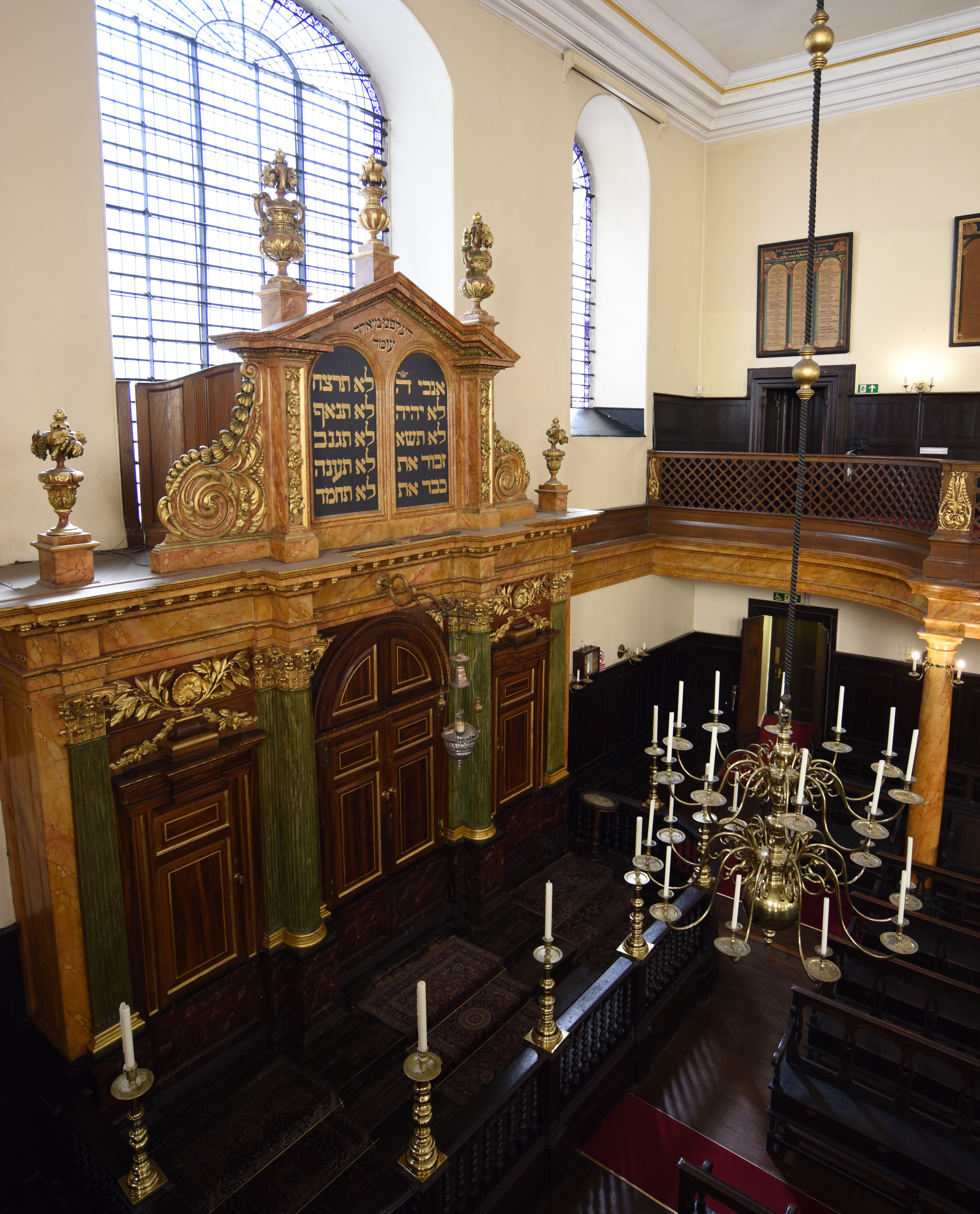 But otherwise, the interior of Bevis Marks – particularly the great central chandelier which sits over the reader’s platform and the four lamp-stands before the Torah Shrine – bears a strong resemblance to that of its mother congregation, the Portuguese great synagogue of Amsterdam designed by Elias Bouwman in 1675.

Fundamental to the practices of Judaism is the provision of light and this would have been an important criterion in Avis’s brief. Bevis Marks admits natural light through the large windows on the first floor, providing a suitable environment for the reading and reciting of prayers. This is particularly necessary on the eastern wall of the synagogue where the Ehal, or Torah Shrine, is located. 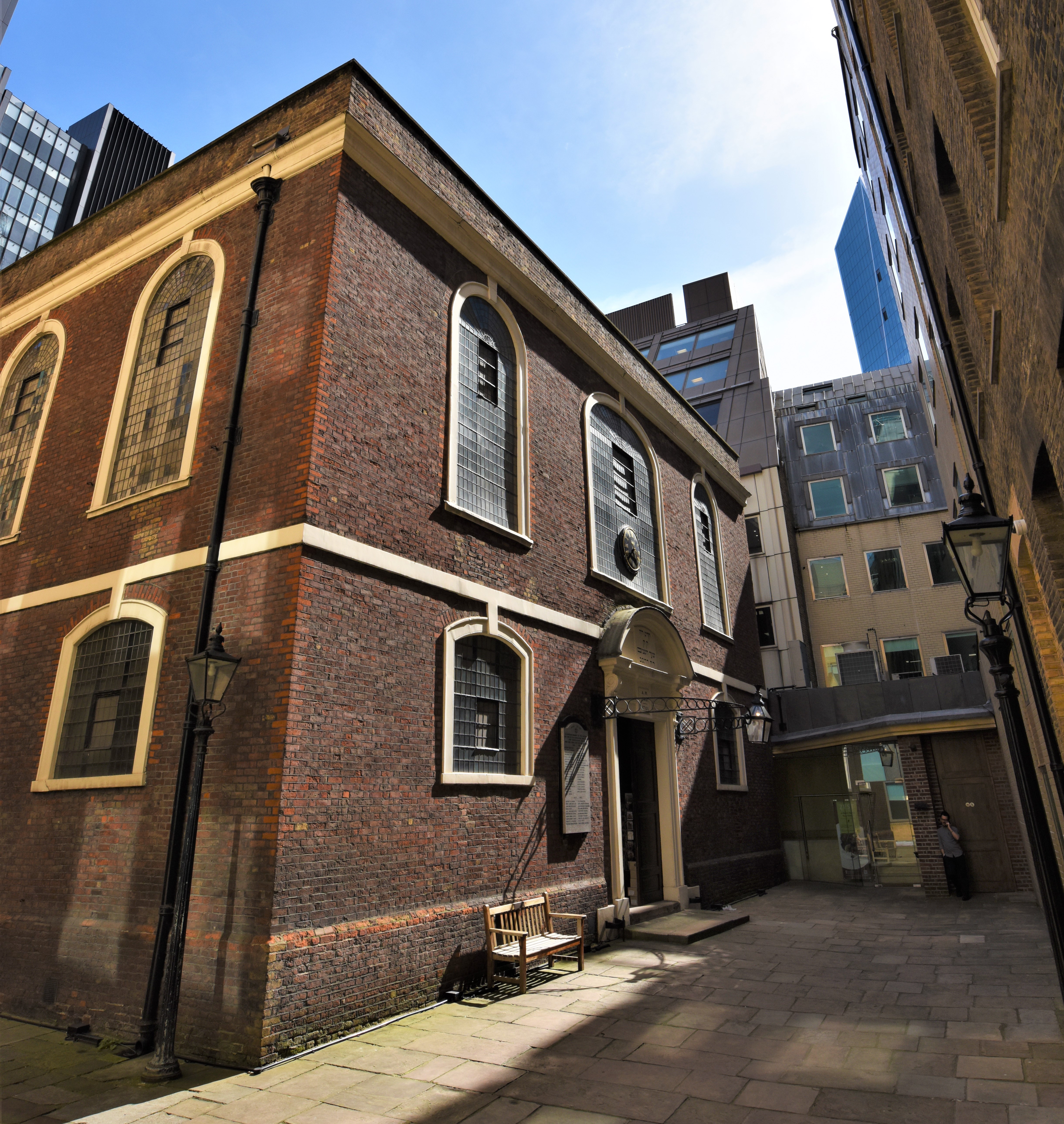 The Georgian Group’s primary concern is over the scale and massing of the two proposed developments which would have a detrimental effect on the setting of the synagogue and reduce the amount of light which enters through the windows on the eastern wall. 33 Creechurch Lane is located to the east of Bevis Marks with only the narrow Heneage Lane separating the two buildings. The new development here will be significantly larger than the building presently on the site.

Wrapped around the synagogue is an enclosed space which also performs a vital liturgical function in the celebrations of festivals and holy days. The tower which is proposed at 31 Bury Street is located just 40 metres to the south of Bevis Marks. Further encroachment on this courtyard would threaten the ability to utilize this space as intended, causing further harm to the significance of this grade I designated heritage asset. 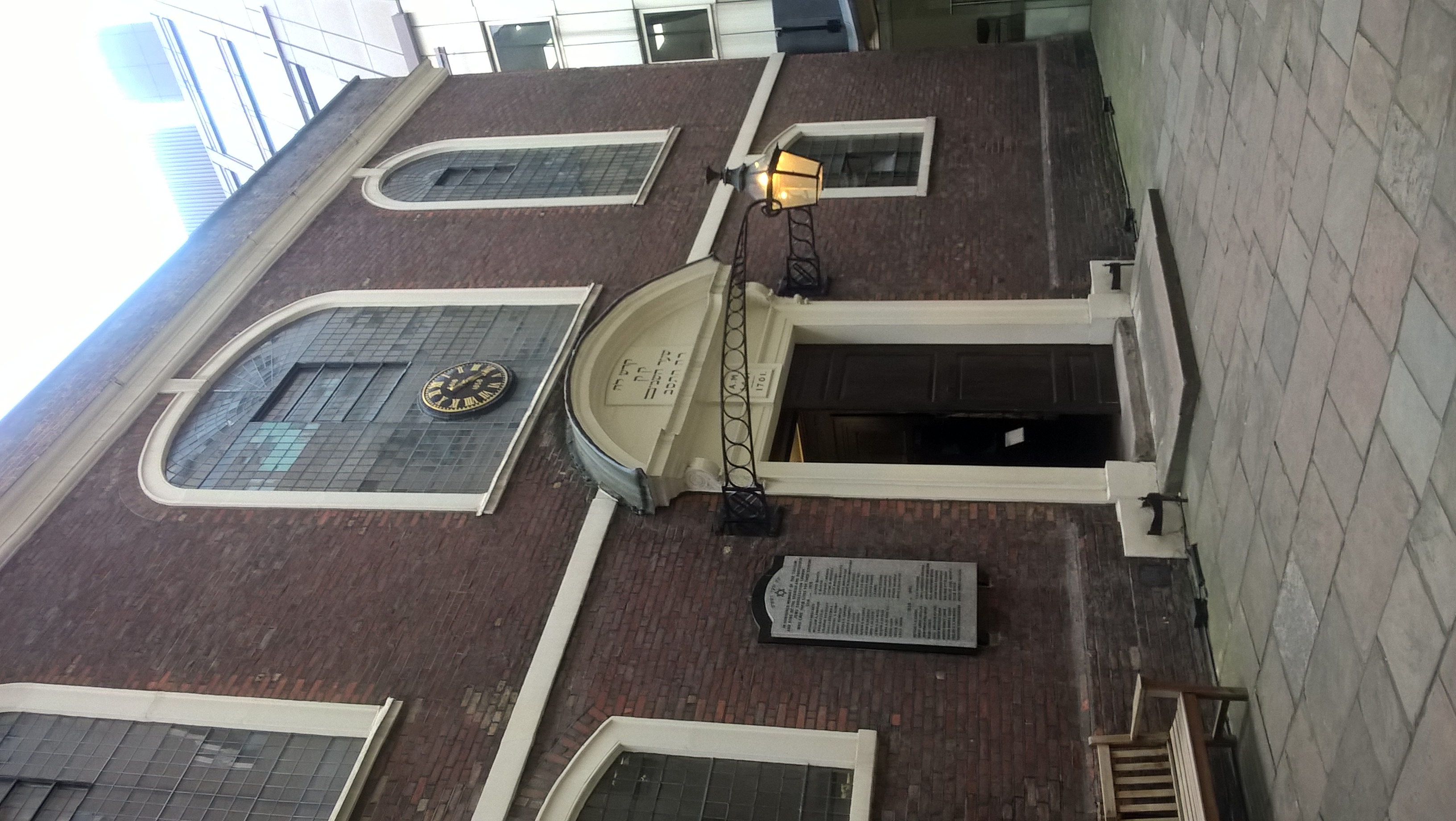 In addition to registering its formal objection to the proposed developments, the Georgian Group’s letter to the Mayor of London asks for specific protections for the setting of the synagogue and the inclusion of clear directives in the emerging City Local Plan 2036. These will help potential applicants to shape their proposals accordingly and ensure that, this exceptionally important heritage asset is protected for many future generations.