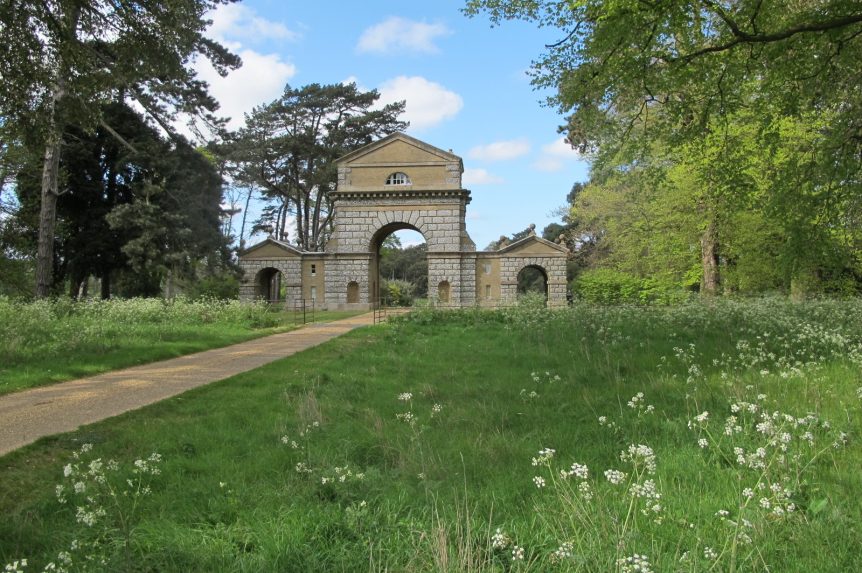 Throughout March and April we will be running an online lecture series on ‘Georgian Gardens and Landscapes’. Comprising seven lectures, the varied programme of lectures will explore different aspects of garden and landscape history of the long eighteenth century. The full list of talks is below – click on the talk title to go to the booking page.

Fiona Davison will tell the untold story of the young gardeners who trained at the Horticultural Society’s Chiswick Garden in the 1820s and went on to shape Britain’s gardens. These previously hidden figures played a central role in the history of British horticulture and helped to shape the way we garden today.

9th March – Marble Hill: A garden of grottos and groves

Emily Parker will explore how the garden at Marble Hill House was created for Henrietta Howard, mistress of George II and later Countess of Suffolk, and who may have been involved in its design.

George Carter and Caroline Knight discuss the work of William Kent – one of those all-round designers who could turn his hand to anything, whether architecture, interior design or garden design – and how he played a crucial role in the evolving naturalistic style of garden design in the first half of the eighteenth century.

23rd March – Vauxhall, Sex and Entertainment: The invention of the urban pleasure garden

Prof. Penelope Corfield will analyse the social dynamics of London’s most popular and celebrated Pleasure Garden in Vauxhall, which flourished between 1732 and its final closure in 1859.

Bettina Harden examines the links between the Grand Tour and its effect on the Welsh patrons and owners who, on their return from the Continent, set about bringing something of what they had seen abroad to their home surroundings, demonstrating how ‘gardening and refined connoisseurship were the obsession of the age.’

Rory Fraser will explore how follies, an important feature of English landscape gardens in the long eighteenth century,  serve as focal points for architecture, landscape and literature, creating a series of portals through which to understand the periods in which they were built and providing an alternative lens through which to track and celebrate the English character, culture and love of individualism.

Kim Wilkie will chart the development of the eighteenth-century English Landscape Movement, which pioneered a radical new approach to sculpting and farming the land, through some of the projects he has worked on, from the grand landscapes of our finest country houses to more humble manor houses.