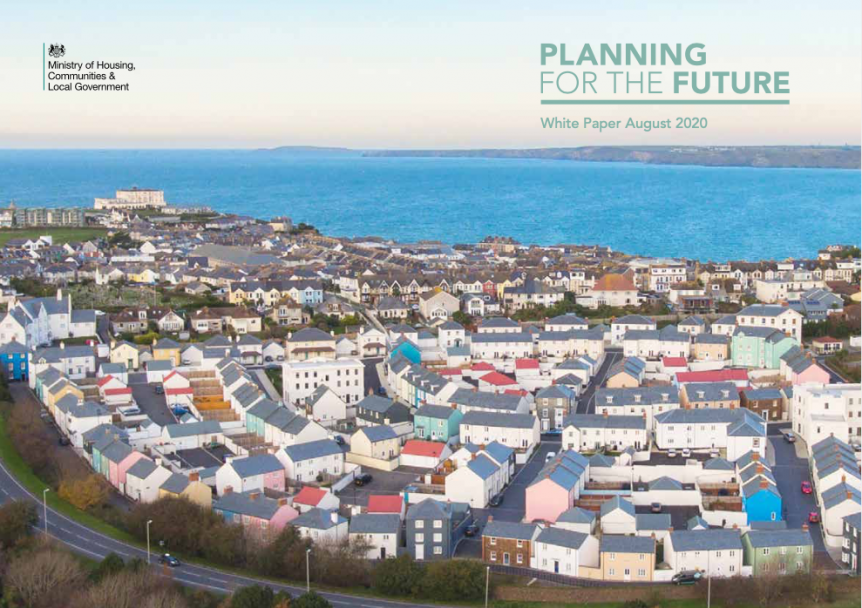 As many will be aware, in August the Government published a white paper which proposes a series of radical reforms to England’s planning system. The impetus behind Planning for the Future is the shortage, and consequent cost, of housing. This is without question a very real problem: the number of houses built in the UK has fallen in every decade since the 1970s; the price of an average house as a ratio of the average salary has increased; and as a result home ownership has decreased amongst those aged between 25 and 34.

The single issue of housing supply, however, dominates the white paper at the expense of other considerations – such as integration with transport infrastructure or adaptation in the face of climate change – that might have allowed for a more balanced, holistic approach. In the view of the Georgian Group unless the proposals are substantially revised the opportunity presented by this once in a generation legislative reform will be squandered. The lack of detail in the paper also means that it is difficult to assess how the policies proposed might impact in practice on the historic environment, though a number of them ring alarm bells.

In September the Group joined other amenity societies and interest groups for a round table discussion with Robert Jenrick MP, Secretary of State for Housing, Communities and Local Government, and Simon Gallagher, its Planning Director. While we welcomed the assurance that the minister gave then that any new bill will provide more protection for the historic environment, we fear that the proposals as they stand may result in considerable, and unintended, damage to it.

In essence, the proposals advocate a move from a discretionary, case by case, consent process to a rules-based system in which in-principle permission would be granted following the early, and rapid, development and adoption of local plans informed by housing quotas (generated by a controversial algorithm) and design codes.

While we welcome the proposal that there should be greater and earlier investment in good plan- and place-making, with local involvement in these processes, we are concerned that this would be at the expense of the flexibility of the current system, which allows for the resolution of any contentious issues through pre-application discussion and local consultation, and further ensures local accountability. The proposals would deny the public any opportunity to comment on a planning application at a later stage, something which we believe would diminish rather than strengthen the democratic process. We are particularly concerned at the idea that accredited agents might be exempt from having to obtain Listed Building Consent. Any such party would be faced with a fundamental conflict of interest.

A central tenet in the proposals is the introduction through local plans of Protection, Renewal and Growth areas – which it is difficult to see as anything other than zoning by another name. While heritage assets, whether designated or undesignated, will inevitably, perhaps inconveniently, be present in all three contexts, it is far from clear how they might be differently treated. On the one hand there is a danger that heritage assets of the highest status – listed buildings in conservation areas – might become islands untouched by the vitality of change, and on the other that undesignated assets, whose value and significance might not yet have been recognised, might fall prey to the bulldozer, particularly in areas designated for Growth. We believe that historic buildings are integral to town- and city-scapes and make visual, cultural and economic contributions to them. Indeed they often play a catalysing role in high quality architectural adaptations and additions and wider regeneration. The implied ‘zoning’ may militate against such an integrated approach in all three proposed contexts.

We welcome the paper’s ambition to reduce carbon emissions, both in terms of reliance on carbon intensive transport and in ensuring that new homes will be more energy efficient. However, plans to retrofit all types and periods of building to a common environmental standard risks damage to the fabric and character of those whose adaption demands particular expert knowledge and sensitivity. The environmental savings so made will be dwarfed by the increase in carbon emissions resulting from demolition and reconstruction work. The considerable environmental value of the energy embodied in historic buildings must be acknowledged and factored into any future plans. Historic England’s research and publications on carbon in the historic environment provide all the necessary evidence to formulate appropriate policies to ensure that historic buildings play their part. It is disappointing too to see that no mention is made in the white paper (nor in the existing National Design Guide) of Green Infrastructure and how it can complement or replace Grey Infrastructure, providing Ecosystem Services to towns and cities. If the UK’s legal commitment to achieve a net-zero carbon economy by 2050 is to be honoured, there should be a presumption in favour of incorporating this in all plan-making.

We welcome the paper’s emphasis on building beautifully, though there is little detail to indicate how this might be achieved. The largest of the country’s volume house builders have a poor track record in terms of building beautifully. We are concerned that any extension to permitted development rights, by which undesignated heritage assets are often incrementally damaged, and gardens eroded, will also undermine any impetus to improve the aesthetic quality of new works.

In short, we consider that the current planning system, whose foundation is the Planning (Listed Buildings and Conservation Areas) Act 1990, is a sound legislative basis for decision-making. It protects buildings and areas of special architectural or historic interest and has long-enabled sympathetic change in our built environment. While aspects of it might be helpfully updated, we are not convinced that Planning for the Future has demonstrated the need for or desirability of revolutionary change. The development management processes of the present planning system are by no means the only factor affecting the supply of housing. The under-resourcing of local planning authorities and the control of the market by developers to ensure the highest possible pricing and shareholder profits are just two others that would benefit from analysis prior to new policymaking. The proposals, if effected, might allow for more rapid house building but we question whether they would result in better house building, sensitive to place and existing buildings that might be damaged along the way. We are concerned that despite a pledge to strengthen the protection of historic buildings its proposals are likely to weaken the existing safeguards. The Group’s formal response to the public consultation makes these and other points and we hope that substantive revisions will be made in the drafting of any legislation.