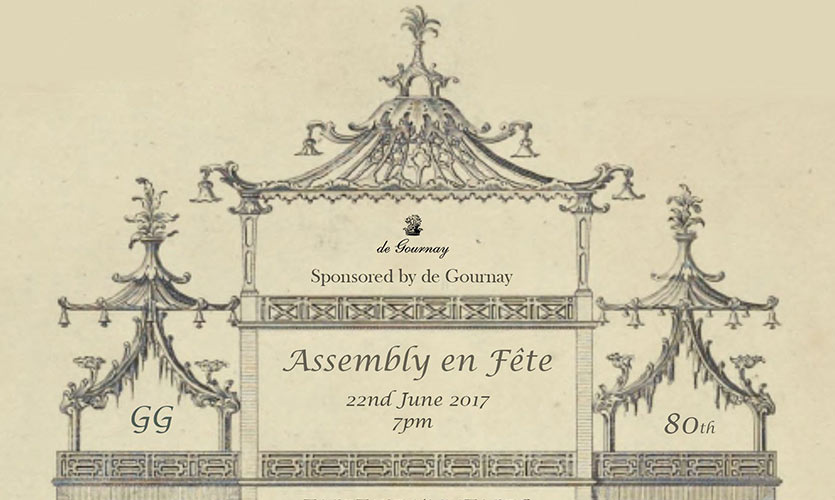 Sponsored by de Gournay, in association with 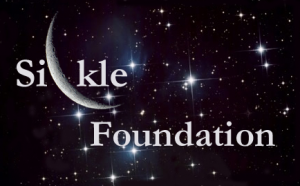 In the Garden of Fitzroy Square

Dress: In the Spirit of the Ag

The celebration of another milestone in the history of the Georgian Group is nearly with us.  This invitation to help the Georgian Group celebrate this anniversary is very important to us.   It is the members who support and sustain the Group throughout the year and we want to make sure that as many of you as possible can join in the celebrations on 22nd June.

Our Assembly en Fête will echo some of the eighteenth-century delights of an al fresco entertainment with canapés and champagne.

The tickets for the Assembly are £50 a head for members; £30 for Young Georgians and are available through our events page on the website.

‘The Spirit of the Age’, the dress code for the party, lies in your hands.   It can reflect other anniversaries such as the publication of Jane Austen’s Northanger Abbey; Lord Byron’s Manfred or Walter Scott’s Rob Roy, all of which appeared for the first time in 1817.   Equally you could celebrate 1937 in style.   J. R Tolkien’s The Hobbit might not be the way to go, but elegant costume can appear courtesy of Agatha Christie’s Dumb Witness and Death on the Nile.   You could look back to the Coronation of King George VI and Queen Elizabeth which took place in the same month, May, as the Georgian Group was founded.   Any style of dress from 2017 will be equally welcome.

The origin of the modern circus has been attributed to Philp Astley, a cavalry officer from England who set up the first modern amphitheatre for the display of horse riding tricks in Lambeth, London on 4 April 1768. Georgian circuses featured wild animals such as lions and elephants, convulsions of nature such as floods, earthquakes and volcanic eruptions being produced with an extraordinary wealth of realistic display. Joseph Grimaldi  the first mainstream clown, had his first major role as Little Clown in the pantomime The Triumph of Mirth; or, Harlequin’s Wedding in 1781. Swamp Circus will evoke this tradition at our fête . Swamp Circus was created by acrobats, dancers, film-makers and musicians in 1986. Swamp has toured performance projects to 28 countries. Their performance will finish with a fire-breathing extravaganza in the tradition of eighteenth-century side shows. 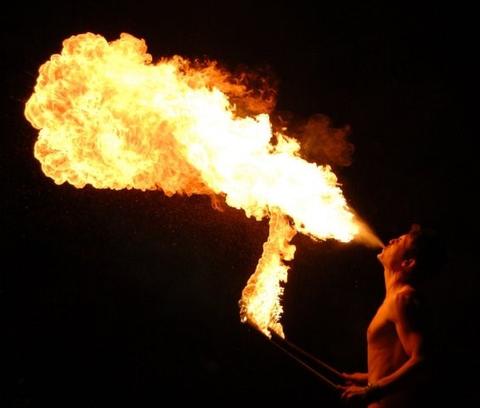 Total Brass are an award-winning brass quintet formed of current and past students of the Royal Academy of Music. The military band was a staple of Georgian pleasure gardens such as Vauxhall where the octagonal bandstand of 1735 was possibly the first building in London designed specifically and solely for the performance of music. In promoting English music, Vauxhall was differentiated from the London theatres and concert rooms, where European, especially Italian, music and performers held sway. Vauxhall was one of the few places where good contemporary English music could be heard on a regular basis. 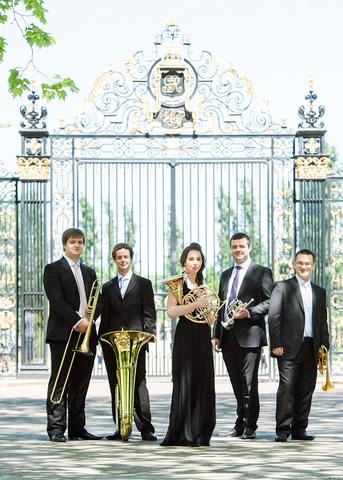 The peepshow was a very popular form of entertainment in the mid-eighteenth century. A peepshow was a set of pictures arranged in sequence in a box, to be viewed through a hole set into one end (with or without a lens, depending on the design). The effect of the boxes was to showcase a single scene that deepened into a multi-layered, one-point perspective.   They could feature noted places like Venice or famous events. The Raree Peepshow Man will present new takes on classic Georgian narratives such as the Rake’s Progress. 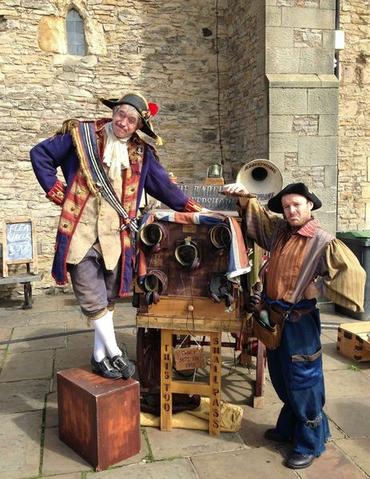 We are delighted that we can offer the services of Sarah Head, an accomplished cutter of silhouettes, to provide our guests with a very personal souvenir of the Assembly.   This charming eighteenth-century art form involves the artist in cutting a silhouette portrait in a matter of seconds using nothing more than scissors and paper.   No drawing, photography, or second chances.   Once she starts cutting there is no turning back.

The term ‘silhouette’ was named after Étienne de Silhouette, an eighteenth-century French Finance Minister.   His austere economic demands on the French meant that his name became associated with anything done or made cheaply.   It was not applied to the art of cutting ‘shades’ or ‘profiles’ until the nineteenth century.   The simplicity and speed with which these charming images were created made them hugely popular. 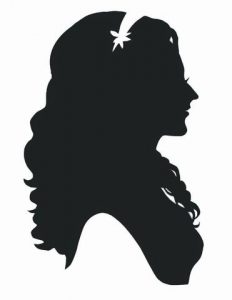 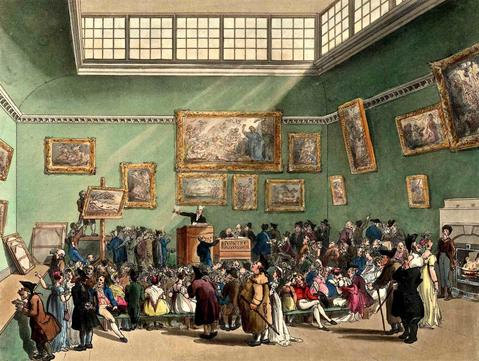 We will be holding an auction will a wide range of first-rate prizes. All proceeds will go towards supporting the Group’s charitable activities.

Tour of the Triforium at Westminster Abbey with Ptolemy Dean.

This magical space, 70’ above the floor of Westminster Abbey which offers what Sir John Betjeman described as ‘the finest view in Europe’, is being transformed.   For several centuries this gallery was left abandoned.   It will emerge as an amazing public space re-designed to house some of the great treasures of the Abbey as The Queen’s Diamond Jubilee Galleries.   It is due to open in 2018.   This private tour is a unique opportunity to see a space which the public has not seen for 700 years.   The successful bidders for this once-in-a-lifetime tour will also see the site of the new tower that has been designed in sympathy with the Gothic style of the Abbey by Ptolemy Dean, the Abbey’s Surveyor of the Fabric.  This is the first addition to the Abbey since Nicholas Hawksmoor’s twin towers were completed in 1745.   Housing a lift and stairs, the Tower will afford access to the Triforium,  The Georgian Group is deeply grateful to Ptolemy Dean for agreeing to escort the tour and to the Dean, Dr. Stephen Hall, for allowing us access. 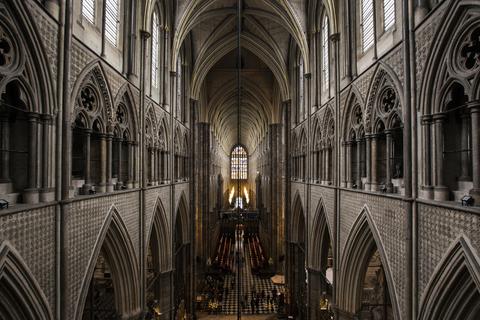 For two nights for two people over a mutually convenient weekend at Home Farm, Hartforth near Richmond, North Yorkshire

The home of the Treasurer and his wife since 2008 when this new house, which was designed by Digby Harris of FF Johnson and Partners, was completed. In 2009 it won the Giles Worsley award for A New Building in a Georgian Context at our annual event. The house contains pictures and furniture from the owner’s family home at Greek Revival Lissadell, Co Sligo, together with items from Hartforth Hall and others collected since, and two Siamese cats. You will be free to explore North Yorkshire and County Durham during the weekend at your leisure; either Friday/Sunday or Saturday/Monday. 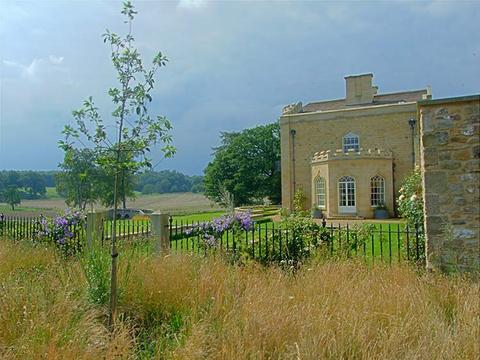 The Backstage Tours include an introduction to the colourful history of the theatre, an insight into the redevelopment of the Royal Opera House and a look at aspects of current productions.  As the Royal Opera House is a fully working theatre, each tour is a unique experience, and may include opportunities to see The Royal Ballet in class, or the magnificent backstage technology in operation. 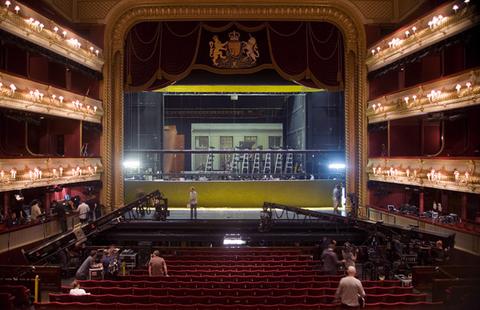 The River Tweed is one of Scotland’s premier salmon rivers; Mertoun lies between Dryburgh and Kelso in the beautiful Scottish Borders.   2 rods are available on the Upper Mertoun Beat in August 2017; or 2 rods on the Lower Mertoun Beat in March 2018.    Self catering accommodation is available. 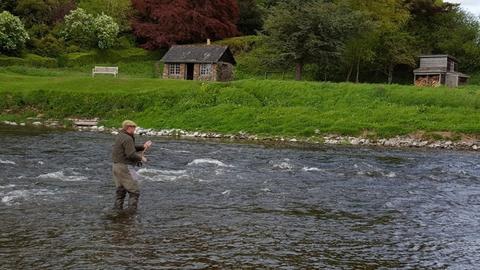 A Dinner for four at No 6 Fitzroy Square hosted by the Secretary, David McKinstry

The lucky guests will be the residents of No. 6 Fitzroy Square, our headquarters, for the evening.   The Library will be set up for an elegant dinner for four, from a choice of menus (to be decided in advance) catered and hosted by the Secretary, David McKinstry. 6 Fitzroy Square is a Grade I Robert Adam townhouse, finished in 1792. The library is the former dining room of the house and is furnished with fine bookcases copied from late eighteenth-century originals, as well as Georgian oil portraits and furniture. 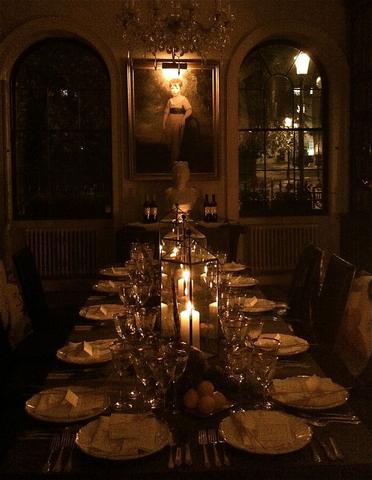 Charles Hind is Chief Curator and H.J. Heinz Curator of Drawings for the Royal Institute of British Architects.   He is also a Trustee of The Georgian Group and chairs the Publications Committee.   This is a unique opportunity to see some of the treasures belonging to the RIBA and the British Architectural Library.   It was established in 1834 and now, with over four million items, it is one of the three largest architectural libraries in the world and the largest in Europe. Among its treasures is a first edition of Palladio’s  quattro libri dell’architettura (1570).   The Reading Room at the RIBA’s headquarters, 66 Portland Place was designed by the building’s architect George Grey Wornum and his wife Miriam, and retains its original 1934 Art Deco interior. 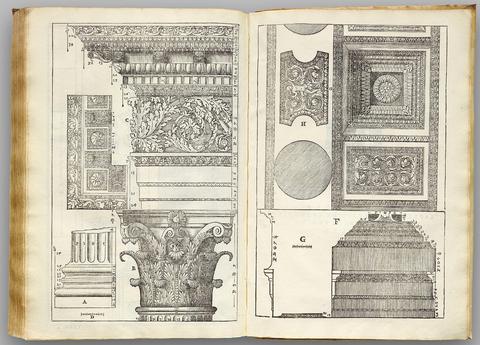 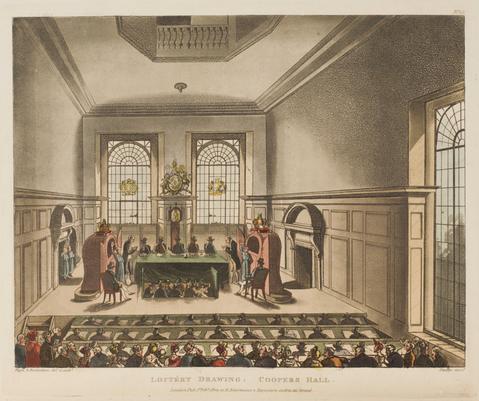 In Georgian tradition we will also be holding a lottery on the evening of the ball. Tickets have been sent to members to purchase, or sell to friends, but further tickets will be available on the night.

A Weekend glamping in a Yurt (2-4 people) at Kirklinton Hall, Cumbria

Kirklinton Hall and gardens offer a beautiful and tranquil setting where you can relax, explore the Faerie Glen, wander in lovely woodland or swim in the magical river nearby.   The Yurt features a double bed and two singles, all bathroom facilities, a small kitchenette with a gas hob and sink plus a log burner to keep you cosy. 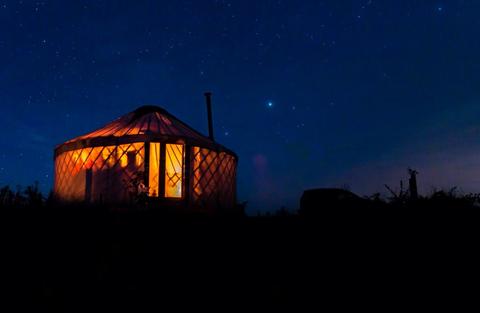 Performed by Regents Opera, the sister company to the well-known Opera A La Carte, Verdi’s Rigoletto is the offering at Kirklinton Hall for 2017.   They will be returning to Kirklinton for the fourth time in 2018. Set amongst the grounds and backdrop of the beautiful Kirklinton Hall, you will be able to enjoy this black tie event with a picnic on the Rose Terrace before the performance and enjoy a glass of champagne surrounded by anticipation of a stunning event.   You can either bring your own picnic or order a Luxury Hamper to await your arrival. www.kirklintonhall.co.uk 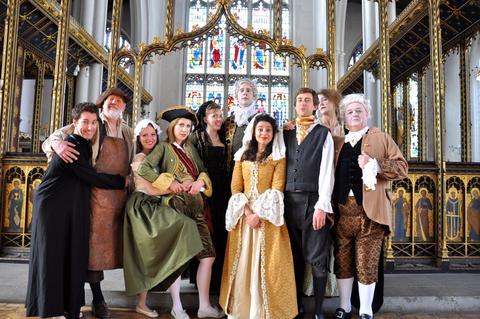 Founded in 1957 a stone’s throw from Sloane Square, John Sandoe Books Ltd is one of London’s foremost and best-loved independent bookshops. Its beautiful eighteenth-century premises is home to an astonishing 30,000 titles, carefully selected by staff with nearly 100 years of bookselling – and reading – between them, making Sandoe’s a legend among bibliophiles in London and around the world. They offer a range of services, from their renowned quarterly catalogues, mail order and subscriptions to creating and maintaining libraries, both public and private. www.johnsandoe.com 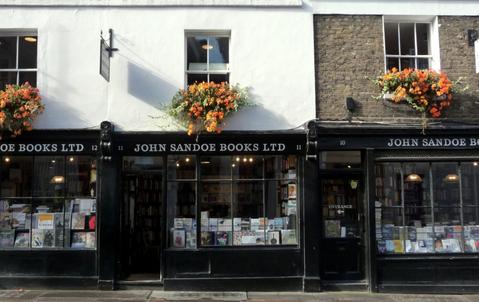 This beautiful Edwardian bookshop in Marylebone is the original home of what is now the highly-successful chain of bookshops begun by James Daunt in 1990.  With a particular emphasis on travel books, every branch hosts talks by authors about their books. www.dauntbooks.co.uk 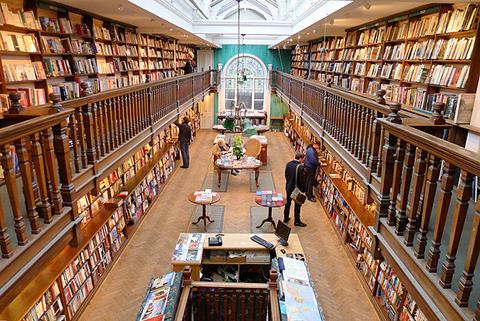 Afternoon Tea for Two with Champagne & a Tour of the Devonshire Club, 5 Devonshire Square, EC2M.   Date & time by mutual agreement with the Donor, Mr Peter Michael.

The Devonshire Club offers all the luxury and glamour of a St James’s private members’ club combined with the style and panache of the East End.   Situated in an eighteenth-century former East India Company warehouse and a large Georgian townhouse, the club is nestled in a quiet pedestrian square away from the hustle and bustle of the city and just two minutes walk from Liverpool Street. 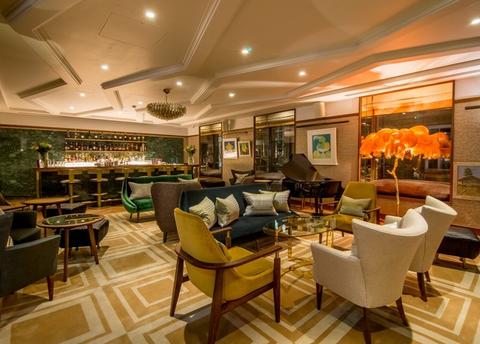 This prize offers a wonderful counterpoint to the prize above as the Oxford & Cambridge Club is a superb example of a traditional London club.  The Club is housed in a Grade II* listed building which was designed for the Oxford and Cambridge University Club by Sir Robert Smirke. It was opened in 1838. The facade is an important example of the Greek revival style with which Smirke was particularly associated. 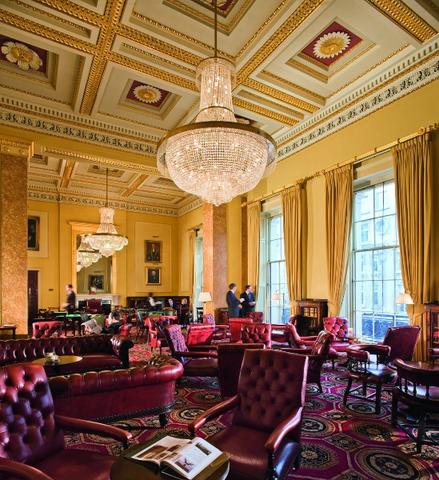 Details to be announced 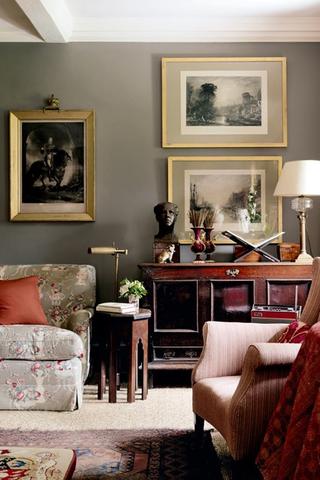 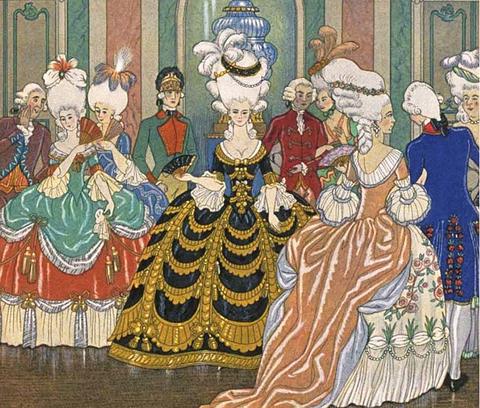