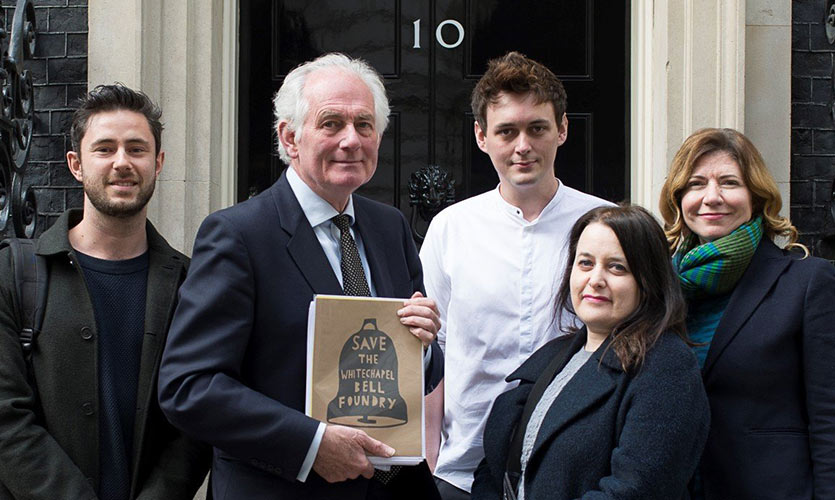 Leading historians and architects including author Charles Saumarez Smith, historian Dan Cruickshank and architect and TV presenter George Clarke have signed a petition to ‘Save the Whitechapel Bell Foundry’, submitted to the government in Downing Street on 19th April.

Dan Cruickshank says: “The world famous Whitechapel Foundry is a landmark – both for its splendid use and its fine historic buildings. Bells cast at the foundry have sounded in cities around the world for hundreds of years.

“For many that sound represents the heart and soul of London, and in the case of Big Ben in the Palace of Westminster it is the sound of Freedom. The existing buildings deserve the highest level of recognition and protection as a unique and important part of our heritage.”

The petition, signed by more than 10,000 people in three weeks, calls on the Secretary of State for Culture Media and Sport Karen Bradley MP to understand and respond to the concerns of thousands of people objecting to the loss of the bell foundry on this site.

The business of making bells has operated continuously in Whitechapel since at least the 1570s. It has been on its present site with the existing house and office buildings since the mid 1740s. The current owner is in the process of selling the existing buildings to a developer.

A straightforward re-development of this site is not the only option. The UK Heritage Building Preservation Trust (UKHBPT), which owns and manages Middleport Pottery in Stoke, has made an approach to the owner to acquire the site at market value. The foundry, if bought by UKHBPT, would be run on a similar model to Middleport, maintaining its cultural significance and public access, and keeping its use as a bell foundry where it has been in continuous operation for over 250 years.

The buildings were first listed at grade II* in 1950, with a very brief listing description dating back to 1973 – no details for example were provided for the interior of the foundry.

A listing review was carried out for the likely new owner under Historic England’s Enhanced Advisory Services – paid for advice to identify significance and inform future development options. At our request, Historic England consulted the amenity societies on the revised listing description as part of this process.

Today Historic England published a new listing description which includes a far greater level of description of the buildings and for the first time recognises the national cultural and industrial significance of the site. 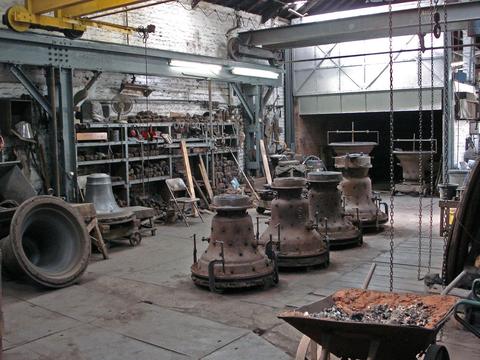