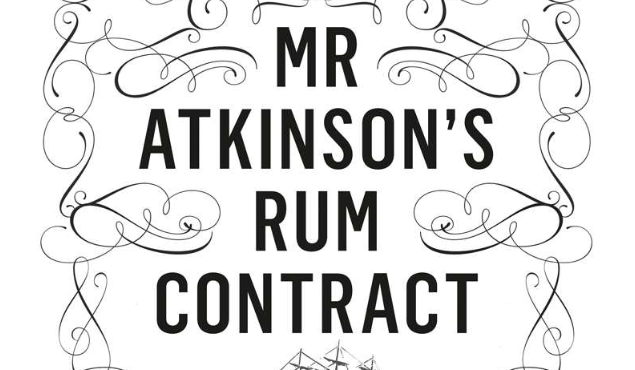 Georgian Group members are kindly invited by the Friends of the Georgian Society of Jamaica to attend their online event on 1 July which offers a chance to hear Richard Atkinson talk with its chair, Peregrine Bryant about his highly acclaimed book, Mr Atkinson’s Rum Contract. There will be a chance, through the event moderator, to ask Richard questions.

To book, see below.

Richard Atkinson is a publisher who has been behind some of the most successful cookbooks of recent years. He lives in London, but holds a deep-rooted affection for the north of England, the land of his ancestors.

Richard was in his late thirties, and approaching a milestone he had long dreaded – the age at which his father died – when one day he came across a box of old family letters gathering dust on top of a cupboard.

This discovery set him on an all-consuming highly emotional journey, ultimately taking him from the weather-beaten house of his Cumbrian ancestors to the abandoned ruins of their sugar estates in Jamaica.

Richard’s searches led him to one forebear in particular, an earlier Richard Atkinson, a brilliant but flawed West India merchant who had shipped all the British army’s supplies during the American War of Independence, and amassed staggering wealth and connections along the way.

Mr Atkinson’s Rum Contract tells the story of Richard’s ancestors and their involvement in the slave trade. Like many well to do Georgian families, the Atkinsons’ wealth was acquired at a terrible cost, though the lives of enslaved Africans. When the first of the Atkinsons sailed to Jamaica in the 1780s, the island was the jewel in the imperial crown; by the 1850s, when the last of them returned, it was an impoverished backwater.

This vivid tale of a single family, their lives and loves, set against a panoramic backdrop of war, politics and slavery, offers a uniquely intimate insight into one of the most disturbing chapters in Britain’s colonial past.

This event is a Zoom webinar on:

You will need to register in advance at:

After registering, you will receive a confirmation email containing information about joining the webinar.